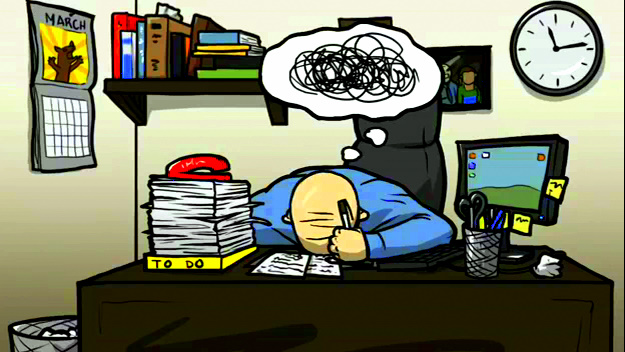 How to Make Procrastination Productive (Video)

You’ve got a big, important report to write for work and you’re dreading it. The deadline has been weighing on your mind for weeks and so far, you’ve done nothing about it. At this point, its do or die situation. Still, you set aside time this afternoon to buckle down and get to work, but instead you’re playing Solitaire, you’re checking Facebook, you’re reorganizing your pens, you’re chain-smoking on the fire escape, and you’re feeling like crap. You’re procrastinating.

If you think you are alone in doing so, you are wrong. Everybody I know is facing the same situation. They keep delaying their important stuff. Some people think that this is not the right time or perfect time to do it, some people think let me just watch one last Youtube video before I get started on it. The reason are different but the phenomena is same, Procrastination.

The only way to make procrastination productive is to get SOMETHING done instead of EVERYTHING. This will at least get you started and starting means the hardest part if over, which is stop delaying. Let me know in comments how you deal with your Procrastination and how you make your day more productive by GTD.